Algae from the Camargue, which is the delta of the river Rhône, have been used to produce interior finishes for the building's toilets while sunflower stems have been turned into acoustic panels for the bar. The materials have been developed by Atelier Luma, a "circular design lab" based at the vast Luma Arles campus in the south of France. 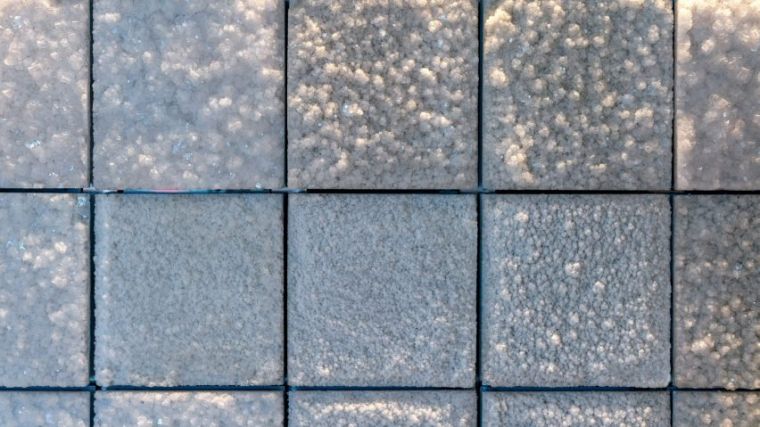 "Many materials were developed and applied in the building," said Jan Boelen, artistic director of Atelier Luma. "The building was conceived in 2006 and the work started in 2014," said Boelen, who established the design lab when the Gehry building was already under construction. "Atelier Luma was founded in 2016. So we were running behind."

Luma Foundation founder Maja Hoffmann agreed to let the lab replace off-the-shelf interior finishing materials specified by Gehry's team with a palette of locally produced products. This was done to enhance its connection with the region and improve the environmental credentials of the building, which is built of concrete and steel and clad in stainless steel panels. "Maja took the decision to stop the process of the interior and see what we could do," Boelen said.

For the salt panels, designers Henna Burney and Karlijn Sibbel at Atelier Luma developed a way of growing salt crystals on metal mesh placed underwater in the extensive salins, the Camargue salt flats that have been used to evaporate the mineral since antiquity. "We came up with a solution for a material that really grows itself by crystallisation over two weeks," said Boelen. "No energy is added. It's only sun and wind that is creating these panels." 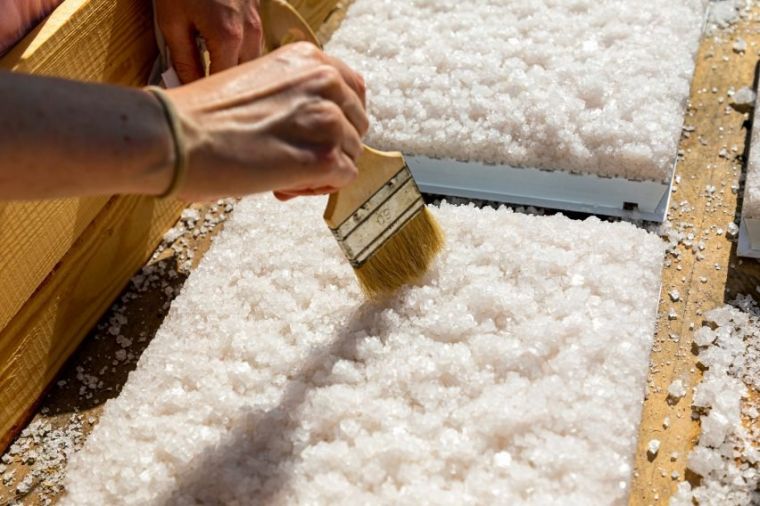 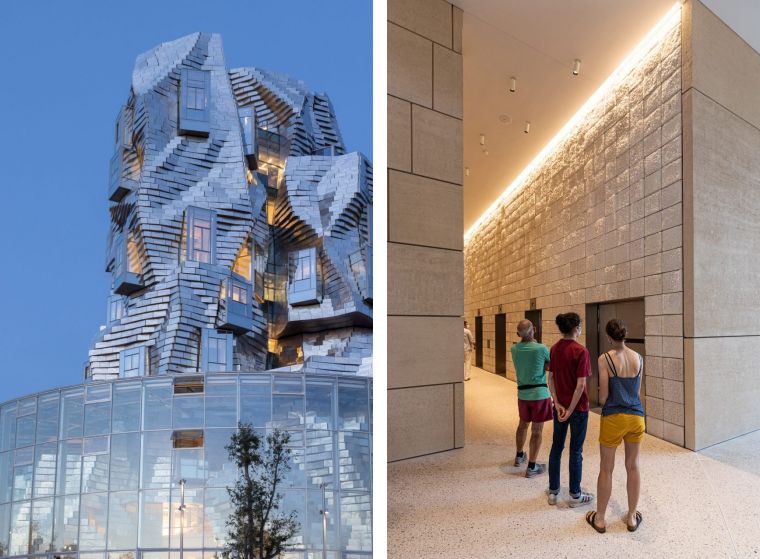 The ground-floor bar in the 56-metre-high building is clad in a thin acoustic material made from sunflower waste. Grown locally, the sunflower's seeds are pressed to make biofuel that powers the building. The rest of the plant is usually thrown away but Atelier Luma has used the waste to produce a cork-like material that has good insulating properties.

"If you have concrete spaces, one of the problems is acoustics," said Boelen. "You can use polystyrene foam or another foamy material made from fossil fuels. But you can also use the leftovers of sunflowers".

The material, which is similar to a sunflower biomaterial developed by designer Thomas Vailly, is made from a mixture of foamy pith from inside the sunflower stem, fibre from the outside of the stem and proteins from the flowers.

Atelier Luma, which is based in a repurposed industrial building at the Luma Arlescampus, has developed a local supply chain to produce the insulation and is also developing bioplastic made from sunflower waste. 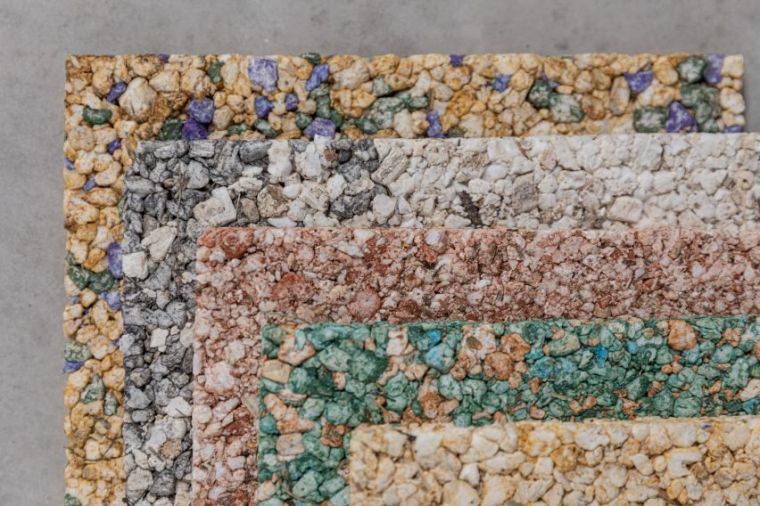 Sunflower waste is used for sound-proofing in the bar

The toilets at The Tower are finished in multicoloured tiles made from algae harvested in the salt flats. Algae grow "enormously fast, and they consume CO2 in order to grow," said Boelen. "So they are absorbing CO2. They are capturing and containing CO2." Waterborne algae come in a variety of colours including pink, which gives the Camargue marshes and the flamingoes that feed off the plant their distinctive rosy hue. 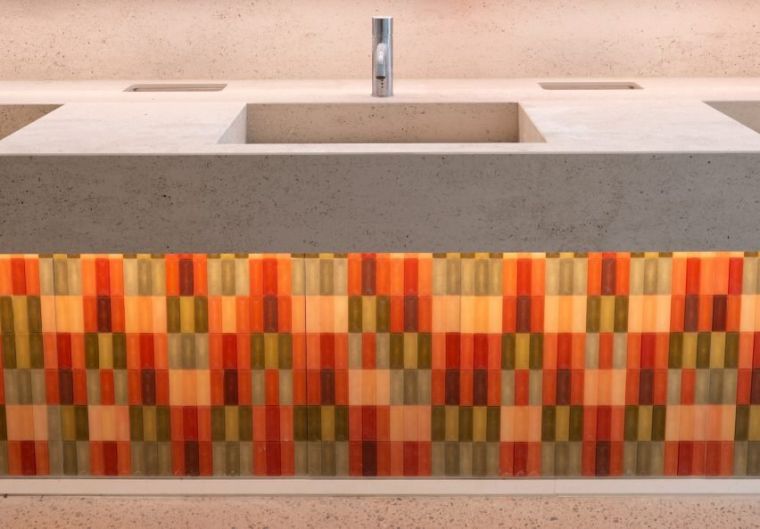 Algae tiles clad the toilets in The Tower

The Tower features 30,000 injection-moulded algae tiles in 20 colours that were developed as part of Atelier Luma's Algae Platform, which was initiated in 2016 by Dutch designers Eric Klarenbeek and Maartje Dros.

Interested in more? Read the full article by DEZEEN